[collection introduction]: the local currency is the Guangxu Yuanbao made by the Ministry of household. The Guangxu Yuanbao is not only a boutique of modern Chinese coins, but also a revolutionary cultural relic of high value. The earth shaking and turbulent storms in the late Qing Dynasty are recorded in this small coin. Therefore, it is very worthwhile to collect or invest in collections for personal hobbies. 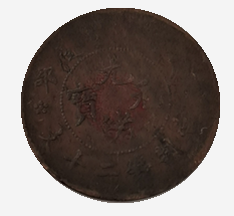 At the end of the 19th century, China's national strength in the Qing Dynasty was weak, and Western European powers invaded China on a large scale to plunder economic interests. Most of the copper coins circulating among the people in China's coastal provinces were foreign silver dollars, such as Mexico Eagle ocean, Japan Dragon Silver, etc. In the first month of the 13th year of Guangxu, Zhang Zhidong, who was then governor of Guangdong and Guangdong, was seen here. He played the imperial court and proposed to take the lead in setting up a money Bureau in Guangdong, and then promote the whole country to use machines to make money and copper coins, so as to resist the monopoly of foreign copper coins on China's domestic circulation. In the 15th year of Guangxu, with the approval of the Qing government, the Guangdong money Bureau was officially established, and all the machinery and equipment required for coinage had to be imported from abroad. Since then, China officially entered the era of machine coinage, and Guangxu Yuanbao was born. 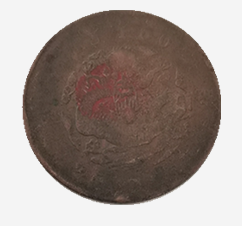 Guangxu Yuanbao is one of the top ten reputable coins in modern China. Its layout design is elegant, its carving is excellent, and its survival volume is very rare. It is a well-known coin in coin collection. It is known as a high-quality coin. It has immeasurable academic and historical value. It is a major category of silver coin collection. It has always been concerned and favored by many collectors, It has become the focus of many buyers and has good market potential. Its market price has risen all the way and the appreciation space has been expanding