[introduction to collection]: looking at the history of currency in China, Wang Mang period is one of the most chaotic periods in the history of currency system, with 28 coins coined before and after. Therefore, all kinds of mang coins are historical witness of Wang Mang's plundering of people's wealth. Wang Mang is a historical eccentric who "changes the system from the old to the old", and the currency type is mainly retro. Although he also uses the "Yuan Qian" type, he mostly uses the "cloth coin" type, and some use the "knife coin" type. Although the anti-counterfeiting ability of knife coin and cloth coin is significantly increased due to the difficulty of manufacturing, the large amount of materials, the difficulty of casting and processing, and the inconvenience of carrying have artificially increased the difficulty of circulation, which is a historical retrogression. 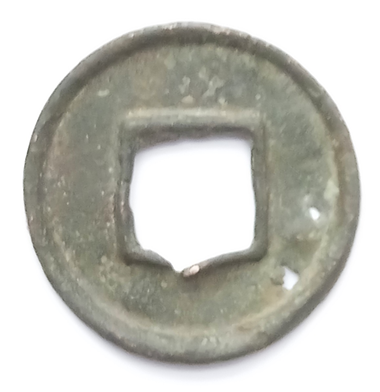 The ancient Chinese coin "Daquan 50" has been handed down for a long time. This ancient coin was made by Wang Mang in the Western Han Dynasty. In the late Western Han Dynasty, Wang Mang usurped the throne and established a new dynasty. He reformed the monetary system four times. Although all failed, he left behind a number of well-made coins. At that time, there were 21 kinds of copper coins, including Liuquan, Shibu, Erdao, Huobu, Huoquan and buquan. Among them, "six springs and ten cloth" is the most famous. Koizumi naoichi is the smallest currency of "six springs and ten cloth". 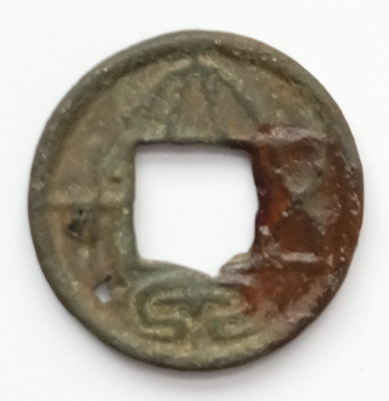 The development of currency system is the result of social natural selection. Wang Mang abused the state power to change the currency system, which fully showed his foolishness in decision-making. As a result, Wang Mang's "currency system reform" became a "disordered currency system". The new mang rule was like a flash in the pan, but mang coins became a variety that later generations could not collect, In the early stage, it was rated as one of the "50 treasures" of Chinese ancient coins, but it has rarely been found so far. In 2011, Jiade produced one in autumn auction, with an estimated price of 2-3.5 million yuan.